Why they’re Calling the ThreadLift the Lunch-Time Nose Job 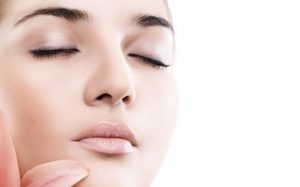 Everyone wants a little plastic surgery but without the “surgery” right? It’s a contradiction, but it’s true. I just know that more people would have all kinds of facial enhancements if the surgery wasn’t so, well….invasive. All I can say about this is that you’ve landed on the right page. Cosmetic surgery, in all its forms, has come a long way since granny’s day. Not only is a lot of surgery less invasive, but we now have a lot more non-invasive options to choose from. By the way, these are pretty effective too, they really are. Let’s look at the nose thread lift. Singapore surgeons are now performing this non-surgical procedure as a routine practice.

This is a “nose job” that needs no general anaesthesia. It’s so quick they affectionately call it the lunch-time therapy in parts of Asia. Keep reading to find out more.

What Is a Nose ThreadLift

It’s all very well me telling you how great this procedure is, but perhaps I’d better just backtrack a bit. Let me explain what an actual nose ThreadLift is in a little more detail. OK, this is a really smart way of enhancing the actual shape of a person’s nose and perfecting its contours. And as already mentioned, it’s all done without any invasive surgery whatsoever. If you have the kind of nose that could use a straighter more contoured definition, then this is the procedure for you. The end result is a nose bridge that’s higher. It also lifts the nose tip as well.

Why Bother with Nose Jobs 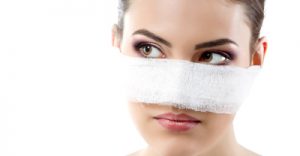 Aesthetically speaking, surgery on the nose is different to other surgeries. It’s not usually done to make the nose more noticeable but less obvious. By “toning it down’ you get to improve the appearance of your other finer facial features. The aesthetics of facial beauty suggest that attractiveness is more about the cheeks, eye area and lips. These are the most significant features for creating true beauty, not the nose. So the purpose of most nose jobs is to take away any unwanted attributes that happen to draw attention to it, and away from the other areas. The result is that your cheeks, eyes, and lips can now shine now that the nose is no longer stealing the show.

In general smaller noses fit the face better. Take girls from the North Eastern region of Thailand for example. A lot of them have tiny button type noses that people consider cute. The “Roman nose” also called the over-projected nose, might be appealing to some. But let’s be honest, you won’t find too many people queuing up outside a clinic to get one done. I don’t mean to be disrespectful, I’m just pointing out a fact to illustrate the point.

Now, if you compare it to a traditional rhinoplasty (nose job), the ThreadLift procedure is a no-brainer. It’s popular with patients for all the right reasons. Here’s what it has going for it in a nutshell:

Seriously, what’s not to like. The threads the surgeons use are called polydixanone (PDO). Over time they are completely absorbed. What’s so clever about this is what happens as these threads dissolve. They actually create brand new tissue fibroblasts and that all-important collagen. This is what gives the tightening effect and enhances the nose’s contour. You have to admit, that’s a giant leap in non-surgical cosmetic surgery. 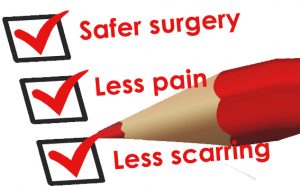 There are so many new and innovative ways for minimally invasive surgery nowadays. You’re going to be a big fan too once you finish reading here, guaranteed! I’m not kidding; the technology is changing so quickly it’s hard to keep up with it all sometimes. The method of choice is shifting fast. We’re moving away from the more traditional open surgery toward the much less invasive techniques. That’s it, no more need for those big incisions and ugly after-scars.

The five major benefits of this type of surgery include:

It’s not only cosmetic surgery that uses low or non-invasive practices either. Even heart operations and vasectomies are carried out using these less aggressive methods. My guess is that just about every kind of surgery there is will be performed through smaller incisions in the not too distant future.

People have cosmetic surgery for all kinds of reasons. Some have it to correct things after an accident or a major illness, others purely for reasons of beauty. Some might say that those who have this type of surgery are nothing less than ego maniacs with an inferiority complex. I say rubbish! It’s no different to wearing nice makeup, smart attire or having well groomed hair. OK, it’s a bit more extreme, but the end game is the same. It’s just people wanting to look as good as they possibly can, and there’s absolutely nothing wrong in that. It’s certainly better than not caring about your appearance and “letting yourself go,” as some people tend to do. 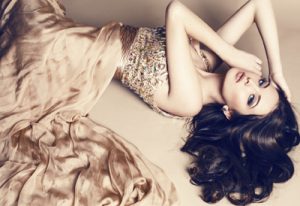 People like to look good because it makes them feel great. And when they feel good they function well. All these things are all interconnected. By that I mean you can’t look after one without caring for the other, you just can’t. There’s nothing “shallow” about tending to one’s physical appearance. If you’re born with a hideous hooter or sticky-out ears, why not fix things if you can. Heck, there’s enough teasing goes on as it is, without inviting ridicule. Is it right? No of course it’s not, but that doesn’t mean mocking doesn’t happen because it does. People can be cruel sometimes, at any age.

Plastic surgery has never been in such high demand. Prices are down, results are better and recovery times are shorter. It might be a nose thread lift in Singapore, breast augmentation in Thailand or a facelift in London’s Harley Street. It doesn’t matter. All that matters is that this is an area which is becoming more accessible to people all over the world and that’s a good thing for all the right reasons.

If you have any enquiries, feel free to contact us
cp